Welcome to my letterbox blog! I´ve been lazy so far and written most of my posts in German only. To make life easier for international visitors, I´ll publish them all in English bit by bit. My first picture is from Ufa, a city in the Russian Autonomous Republic of Bashkortostan. Sounds cool? It was cool, cold in fact, almost – 30 degrees below zero, when the picture was taken. The blue letter box is the standard model used in Russia and other former Soviet Union Republics. This one is really nice, as it not only sports the „Russian Post“ titles in Russian but also features the city´s coat of arms (the animal is a marten). 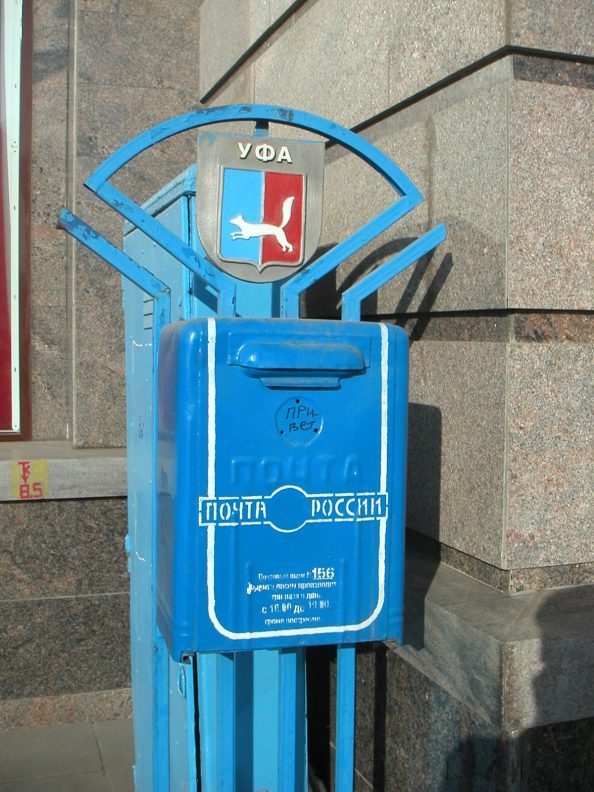 In the round field, just above the „Russian Post“ lettering, some letter box romantic like me (or maybe just a friendly person) wrote „Privyet“ – „Hello“